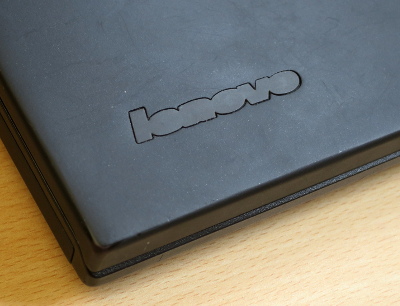 Lenovo Thinkpad T420s after 5 years of use

Sometimes there is a beauty in the wear and tear that shows on heavily used equipment. I think this is true for my trusty ol' Thinkpad T420s. Here's a couple of pictures of its current state and a recap of my experiences with the machine, good and bad.

I bought the laptop from new in 2013 and have been using it non stop since then for my working and personal computing needs. It has been transported countless times between work and home in a bag without any protection of a sleeve. At work I drop it into a docking station and use it with a dual screen, keyboard and mouse setup. At home I generally use it as a laptop.

I'm very impressed with the reliability and workhorse performance of this machine. Not a single time have I had a blue screen of death or any serious hardware malfunction. It just keep on going and going without issues. The true definition of a workhorse. 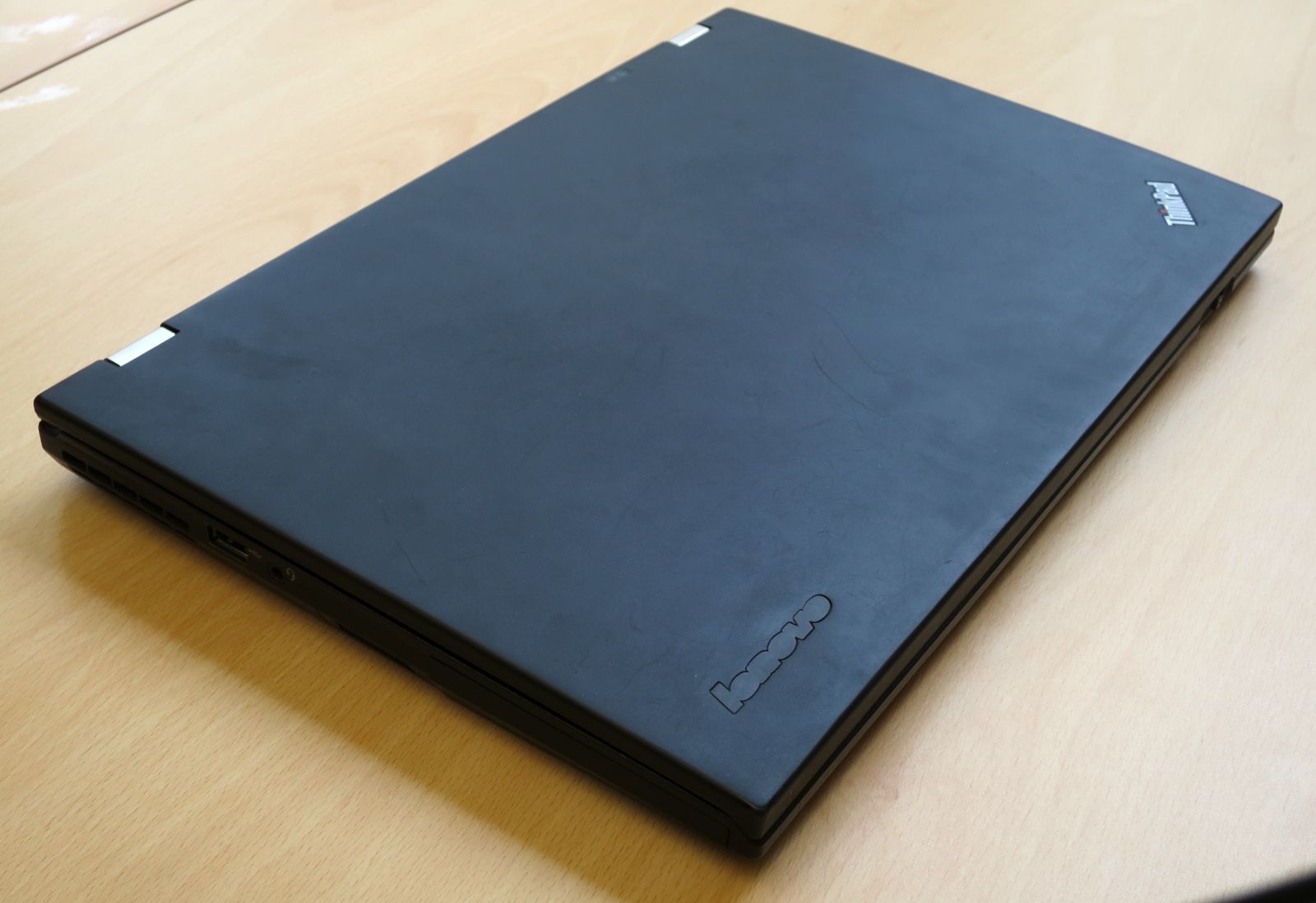 The metal letters in the lenovo logo started falling off, so I decided to remove all of them for a more consistent look. 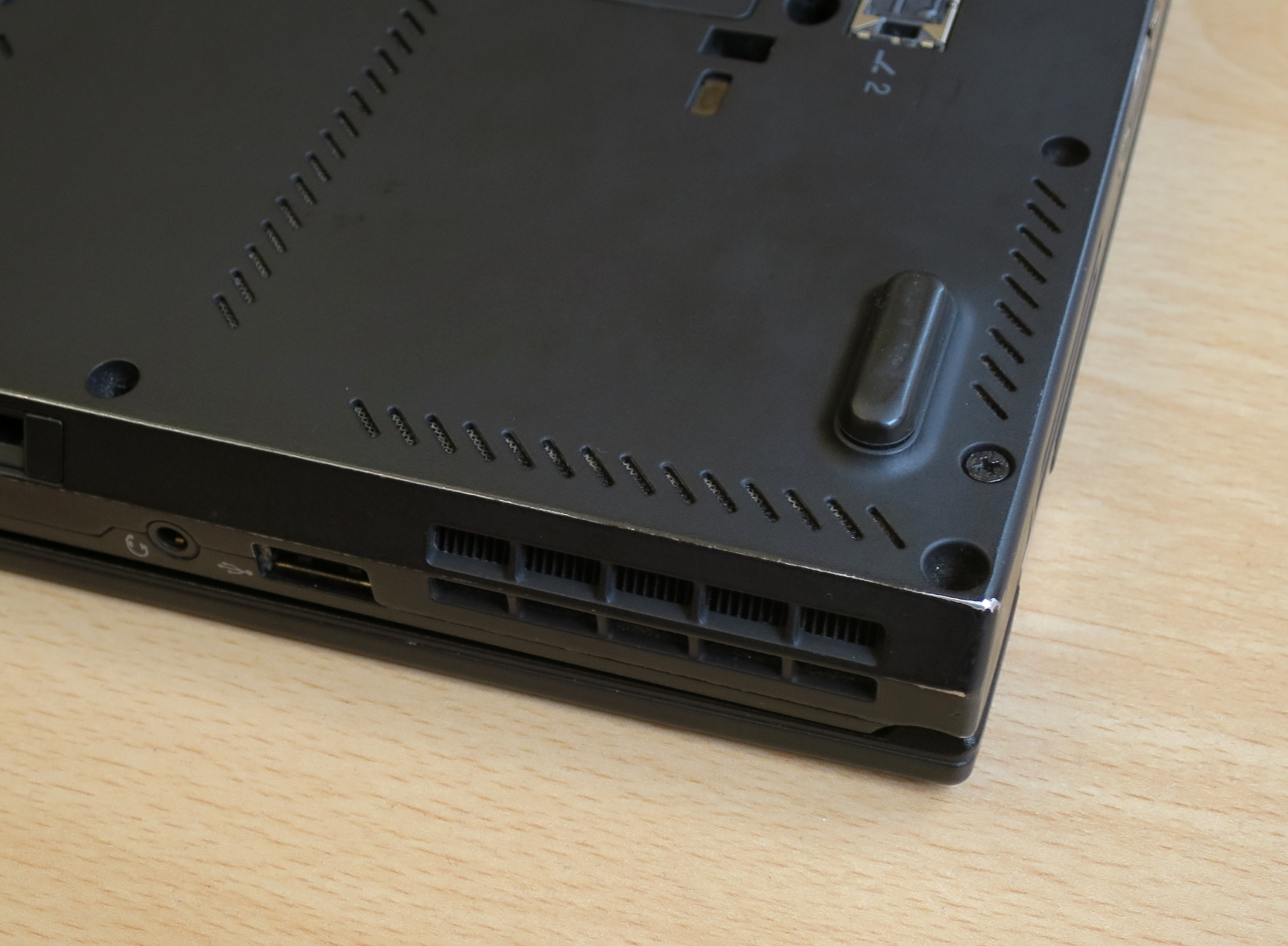 It has developed a few issues though. The fan sometimes emit a screeching sound the first 5 - 10 seconds after boot, but after that it works fine. The main battery has seen better days as well. But issues like this are to be expected in an old laptop and could be fixed by replacing a few parts.

The machine has been upgraded a bit over the years. I swapped the original 128 GB SSD with a Samsung SSD 840 EVO 250GB. The optical drive bay now carries an extra battery and I've added 4 GB of RAM so it's at 8 GB. These days it seems that 4 GB of ram is an impossibility with Windows 7. Having just slack, dropbox and a browser open will easily push the machine past 4 GB of ram usage. Linux is way more modest and could have been running perfectly with 4 GB.

I vehemently resisted the Windows 10 upgrade Microsoft was pushing, because I had tons of specialized software installed that I depend on professionally and I was generally happy with the performance of Windows 7. So it seemed there would be a lot to loose and little to gain from the upgrade. I'll plunge into Windows 10 when I buy a new machine, thank you very much.

Early on, I changed the keyboard part from Danish to US layout, and I remapped Caps lock to be Ctrl in both Windows and Linux. As I do a lot of coding with curly bracket languages, the US layout is clearly superior in my opinion and not having to twist the wrist to reach Ctrl is a winner.

T420s keyboard showing the wear of 5 years of use: It is still my favorite keyboard layout for a Laptop. 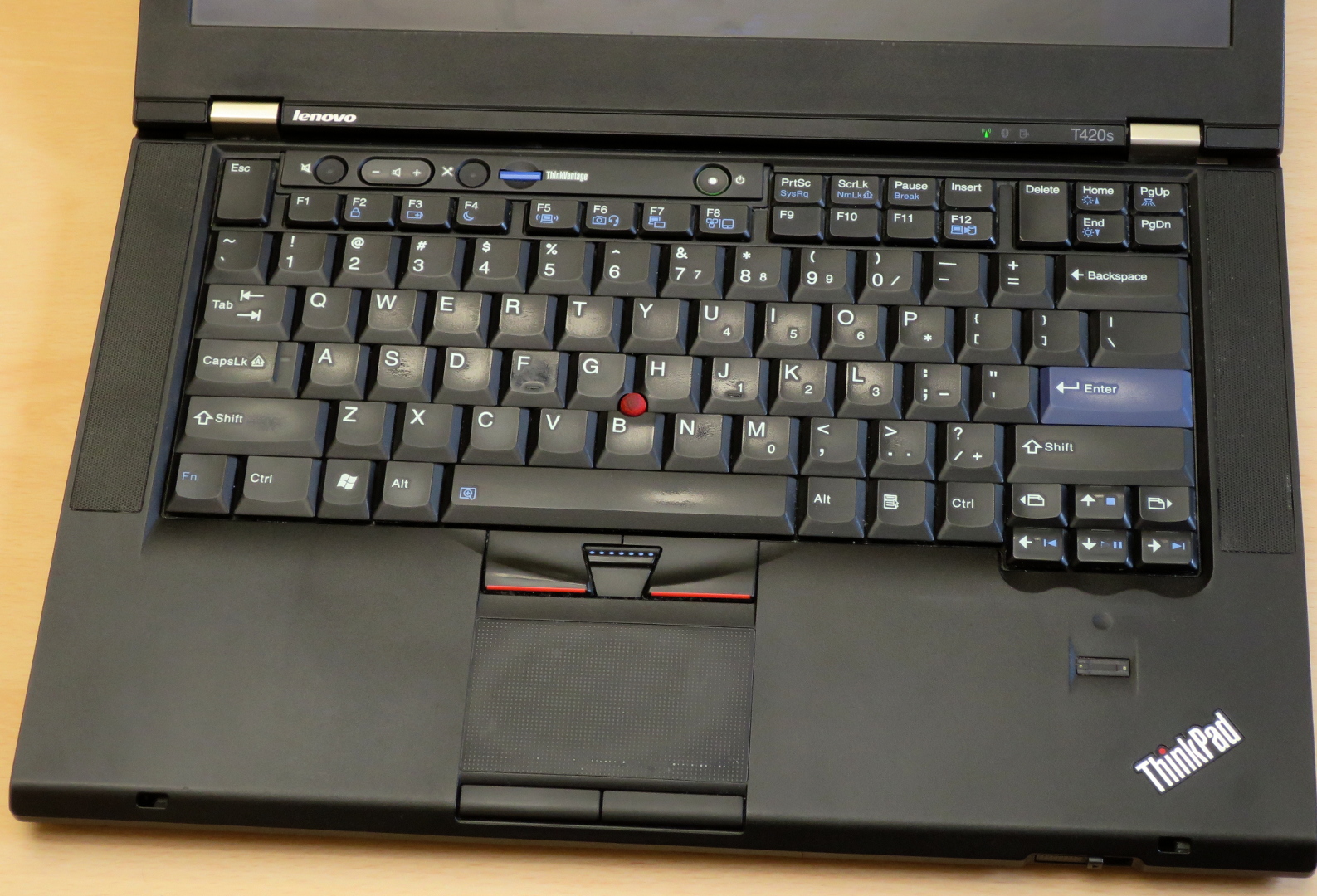 An aging Thinkpad showing a picture of its younger self: 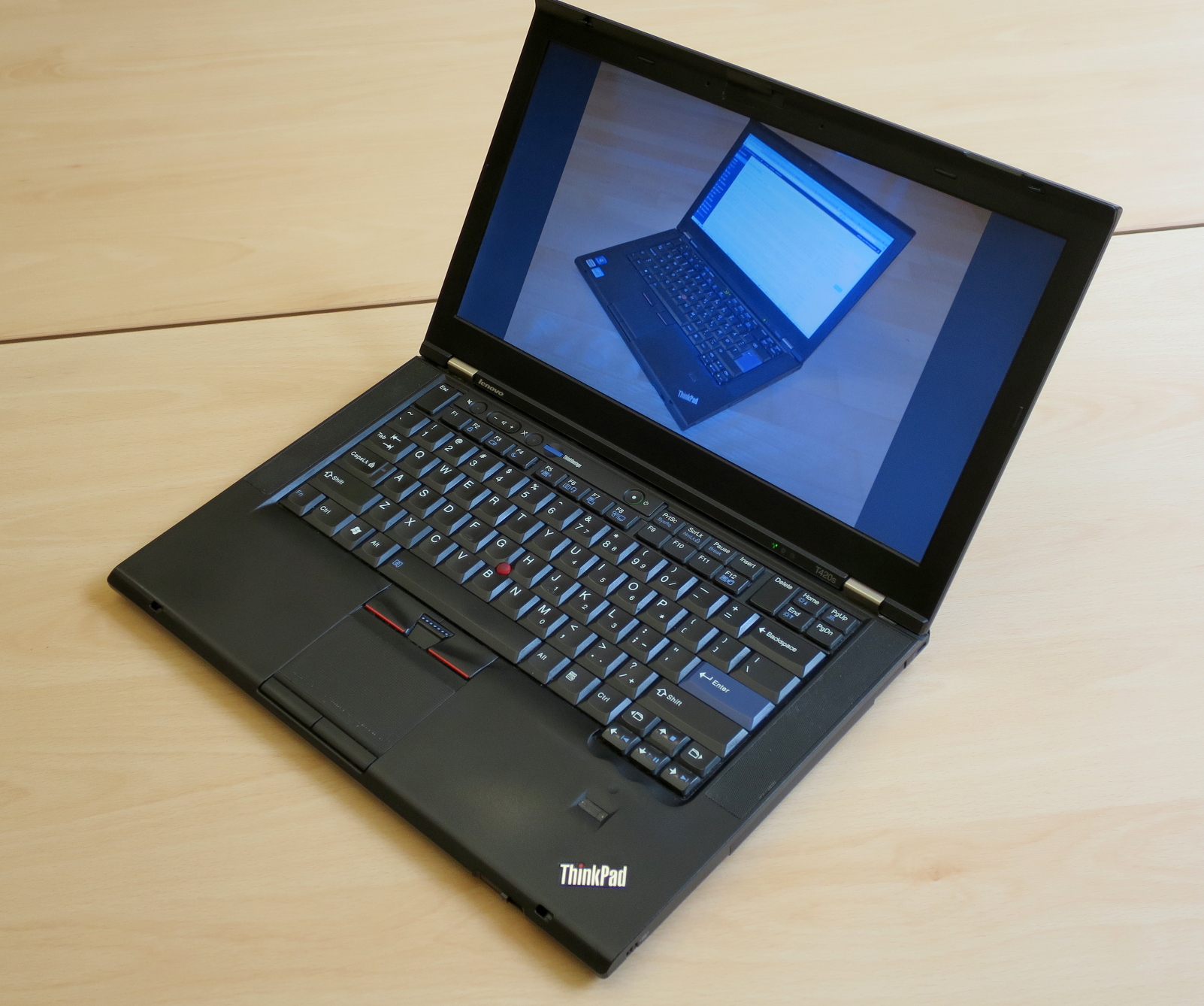 I'm most likely going for a T470 as my next workhorse. Without the s. It seems to have the right balance of expandability and portability for me. I'll probably get it with the touch screen and a ~500 GB SSD. The brand new T480 series doesn't seem to bring much of an advantage over the T470.