This is an unedited republication related to the Midimixfix project. It first appeared on the Lars' Electric Endeavors blog on larsee.dk

Midimixfix prototype, as of January, 2013: 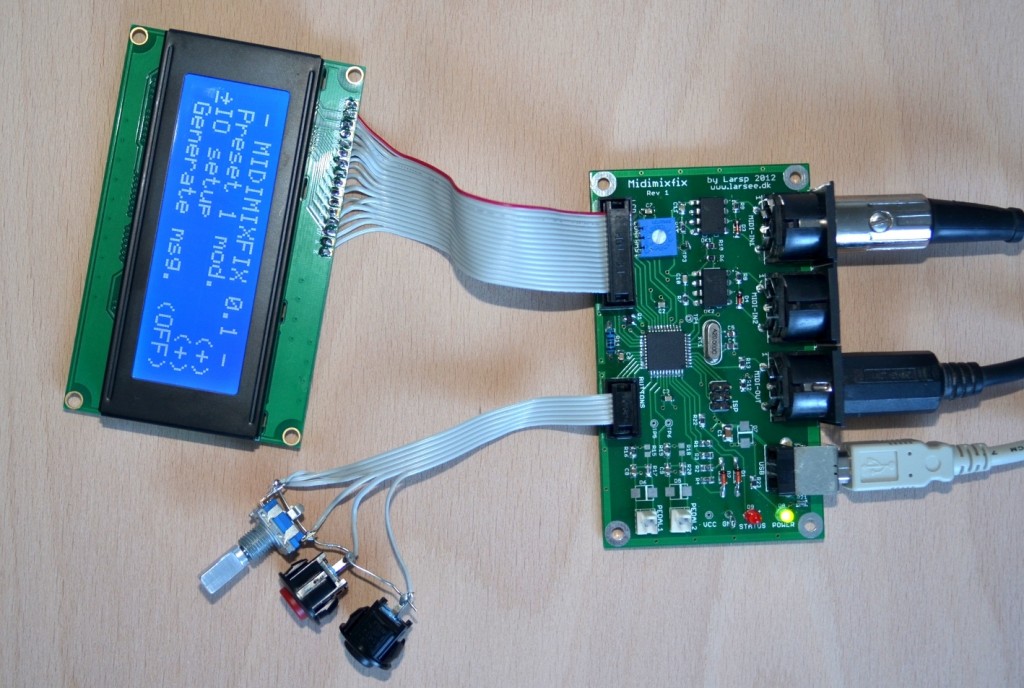 Midimixfix is (going to be) an open source and open hardware MIDI processing platform powered by an Atmel Atmega644P. It has two MIDI inputs, two analog inputs and one MIDI output. It performs mixing and processing operations on the input streams in real time with minimal latency. The most obvious purpose for Midimixfix is to add flexibility and new possibilities when connecting keyboards to MIDI sound modules, but Midimixfix can be useful to insert between any set of MIDI transmitters and receivers to perform processing.

The Rev 1 board of Midimixfix: 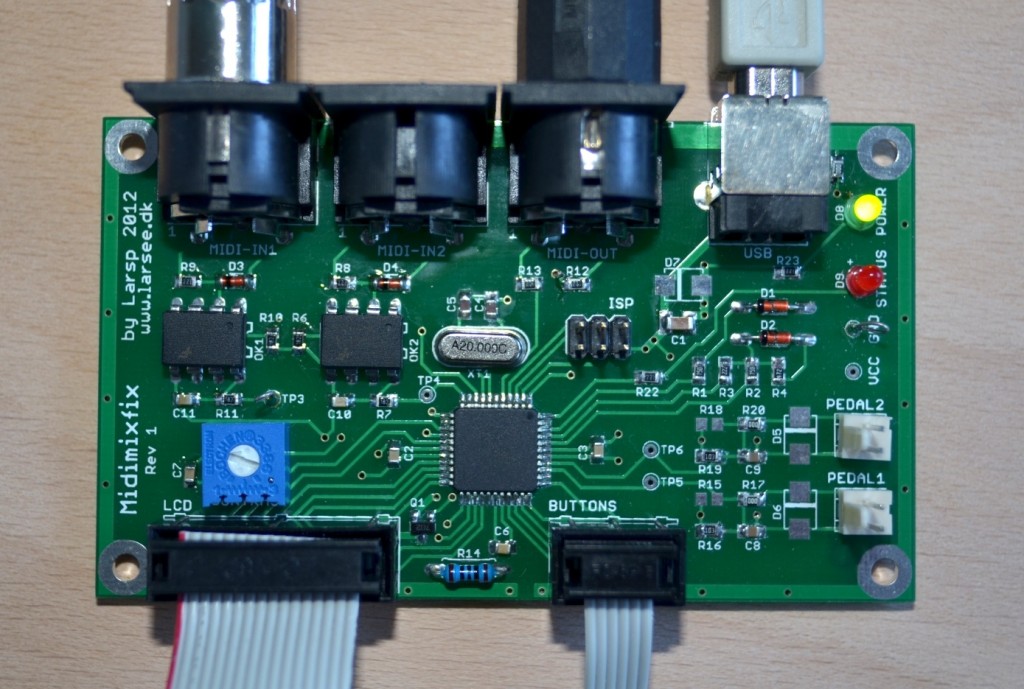 History of the idea

The idea of Midimixfix was born when I got annoyed by the way my Roland JV-1080 behaves, when connected to my General Music S3 synthesizer keyboard. The dynamic response of my favorite piano patch on the Roland “Nice Piano” isn’t very natural. Hard key presses are OK, but soft key presses get very quiet, almost inaudible. This is distracting when playing classical works. Of course, dated equipment such as the S3 and the JV-1080 will never make a convincing piano experience, but why not get the best out of it.

Another idea is to play around with the GEM S3 polyphonic after touch abilities, “key after touch”. The Roland only understands channel after touch which applies for the whole channel. The S3 can generate individual after touch readings for each key pressed. With Midimixfix, I want to try out various transformation effects on the MIDI data that use key after touch.

The Midimixfix project is going to be completely open source. The license will be the “New BSD license”, which is a nice and short license that only puts few limits on what the source can be used for, while making sure that the original copyright, credits and disclaimers are maintained.

What I see happening, if all goes well: