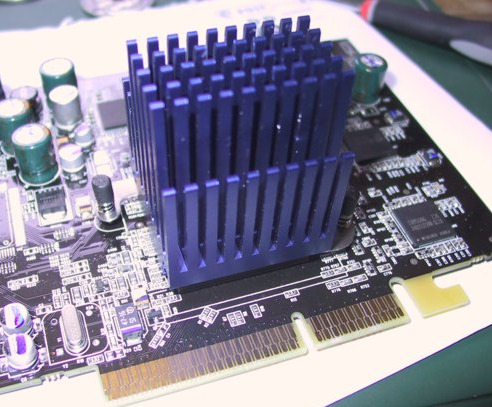 This is an unedited republication of an ancient write-up from October 2004 that was featured on the first Lars' Electric Endeavors website. It's hardly relevant today, but I decided to put it back online for the historical perspective.

The goal was to get a passively cooled graphics accelerator. Aiming for a super lownoise box, it is also important that the card doesn't generate much heat, as it will increase the demand for cabinet air flow, and thus, fan noise.

So the first project was to spot the right card. Surveying the options, I decided to get the ATI Radeon 9600 XT model, as it seems to give great performance over power usage. This test by xbit labs shows that the card consumes less than 25 Watts in burn when overclocked, and typically 9 watts when idle. The lack of an extra power connecter also testifies to the limited power usage.

The easy way would then be to get the Sapphire Ultimate Edition of the card, that has a passive heatsink installed already. But that card is significantly more expensive than other versions, and then I stumbled over the fireblade edition (with slightly faster ram) to a very cheap price: 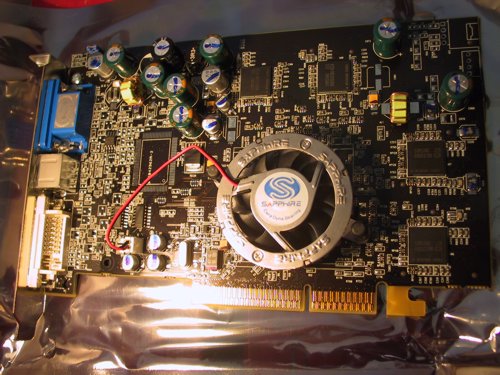 Here comes the trick. Instead of buying the rather expensive Zalman vga cooler, which would be overkill for this card, I took the chance and tried the cheap Zalman Northbridge cooler. 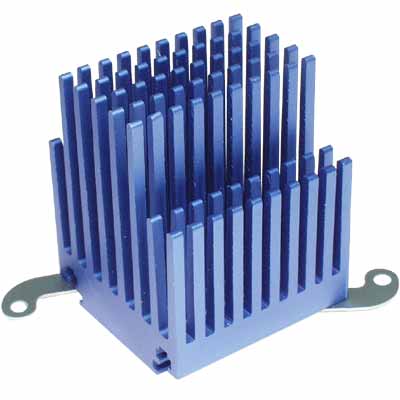 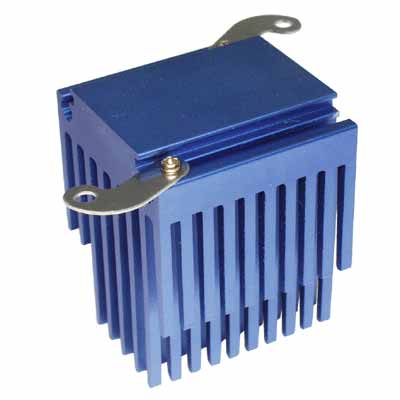 Pictures of the installation process

Removing the heatsink from the vga showed that Sapphire used plenty of silver thermal compound: 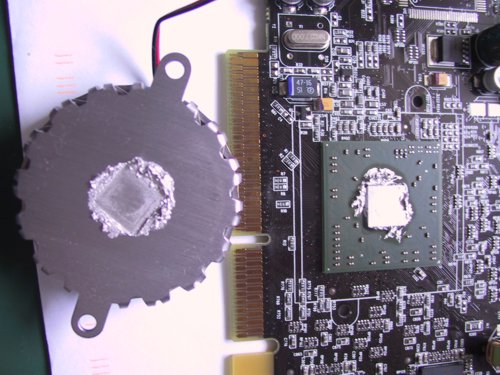 It was a little messy getting the compound rubbed off, but I tested that it didn't conduct electrically, so it didn't matter. Then the Zalman thermal paste was applied: 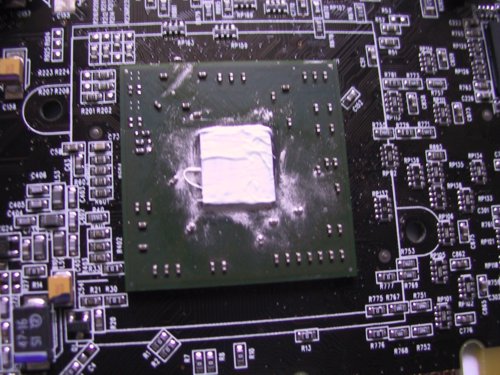 Finally, using the same springs that held the previous cooler, the zalman was attached without problems: 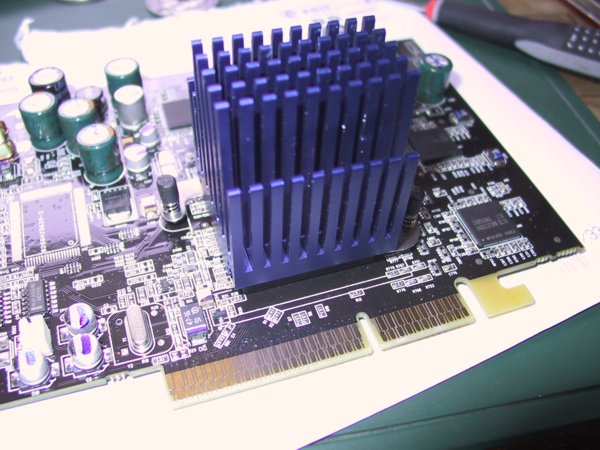 A passive heatsink works vastly better if there is just a subtle breeze over it. So I did a little trick with my case, to get some fresh air over the card: (The Pabst just gets 5V and is nearly silent) 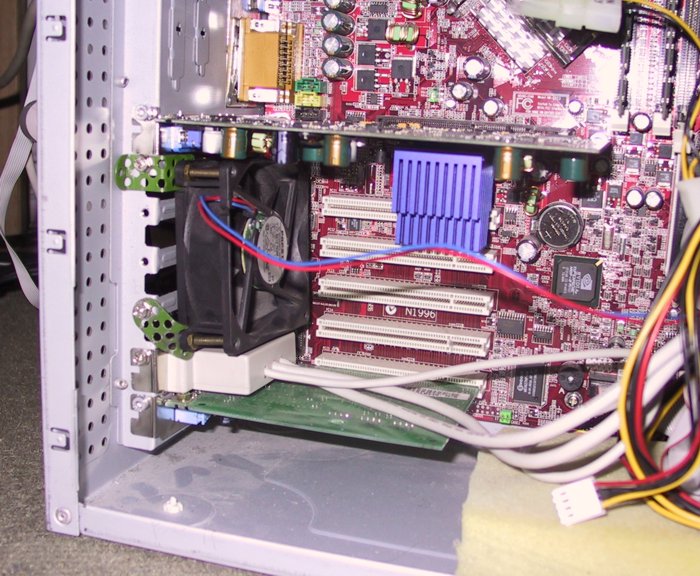 Being the XT version, the card has a thermal diode on-die that enables temperature readings. TIP: ATITool can be used to display the temperature in systray.

Without fan assisted airflow, the heatsink couldn't cut it. One of the reasons might be that the heatsink is turned upside down, so the natural convection is greatly limited. It might be a different story if the heatsink has another orientation.

The card runs very well, considering that it isn't a high end card. Games that are a couple of years old will run very smoothly, new games must be set to lower-than-max settings in my oppinion.

Regarding the cooling-mod, the conclusion is that you can use the Zalman NB47J northbridge cooler to cool a Radeon 9600 XT, granted you provide just a little airflow over it. The presented setup, with a pabst on 5V blowing fresh air over the card, works very well. The card is cooled properly and the fan is VERY silent. To illustrate, my suspended fluid bearing HDs has roughly the same noiselevel (which is unhearable with case closed and 1.5 meters away).